Here is the video of Dr Sam Griffiths of the Bartlett School of Architecture and myself doing a workshop at the IHR digital history seminar, 22 May 2018. It gets a bit messy with everyone getting lost in paper maps, but bear with us.
Post a Comment
Read more 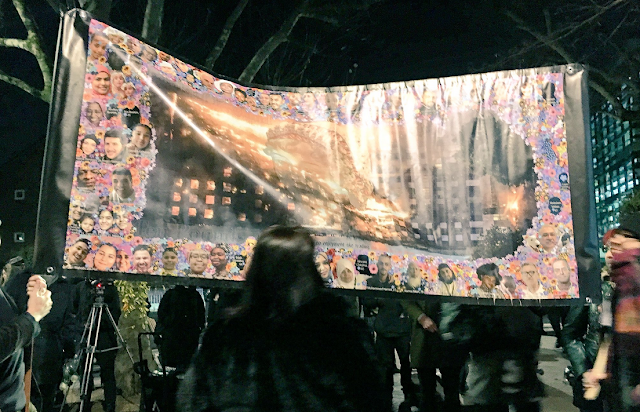 This tweet report from Fiona Rutherford about the Grenfell remembrance silent march on 14 December had some interesting pictures of the banners: Tonight I’m at the Grenfell Tower silent walk, which marks 6 months since the fire. It’s very emotional here. Hundreds of people have gathered outside Notting Hill Methodist Church where the peaceful march will begin. A thread: pic.twitter.com/8g7oBtBI1m — Fiona Rutherford (@Fi_Rutherford) December 14, 2017 In particular, I was intrigued by this moving banner: (from her pics): photo by Fiona Rutherford, on twitter I don't know anything about who made the banner or how it was made (please let me know if you know), and it's interesting that there appears to be a transparency of a ten pound note in the background of the scene of the burning tower in the centre, surrounding by the faces of those tragically lost. It brought to mind parallels with the banners used by early 19th century radicals and later by the Chartists to
Post a Comment
Read more

a note from Hookland about the purpose of fakelore and weirdfolk

November 09, 2017
Sorry for the politics folks, but Hookland was in part-formed in 2012 around the idea that re-enchantment is resistance. That the national myths, the folklore of the land, is too important a spaceto allow the fascists to occupy. Core to me, core to Hookand. #FolkloreThursday — Hookland (@HooklandGuide) November 9, 2017
Post a Comment
Read more 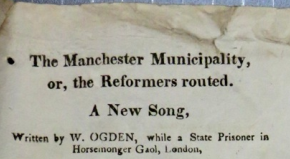 I'm currently adding transcripts of the state prisoners' letters 1812-17 (first batch) in the Home Office archives at the National Archives to my website: http://protesthistory.org.uk/the-story-1789-1848/primary-sources/state-prisoner-letters
Post a Comment
Read more

Protest! Stories of Resistance edited by Ra Page - my afterword on the 1817 Pentrich Rising 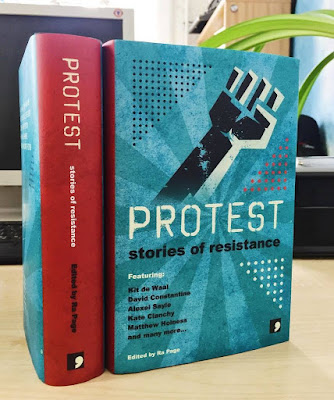 I've written a historical afterword to a short story by Andy Hedgecock on the 1817 Pentrich Rising. It's for a collection of short stories edited by Ra Page, published now by Comma Press. The other writers include Alexei Sayle, Kit de Waal and others, on many different historical protests. As it's almost exactly the 200th anniversary of the rising, it's great timing. Buy direct from Comma Press: http://commapress.co.uk/books/protest-stories-of-resistance
Post a Comment
Read more 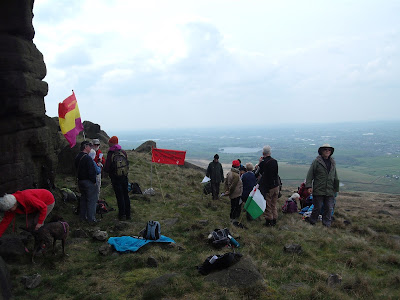